Hiccup is sudden, unintentional contraction of the diaphragm muscle. The diaphragm lies at the base of the lungs and is essential for normal respiration. Phrenic and vagus nerves that control the diaphragm play an important role in its function.

Excessive eating and drinking, as well as consumption of carbonated beverages may irritate the diaphragm and cause hiccups. Also sudden temperature change (i.e. hot – cold showers and hot – cold drinks) and emotional stress have been found to play a role on its onset. Hiccups can also be psychogenic or idiopathic. Some drugs (benzodiazepines, barbiturates, alpha methyldopa, etc.) may cause hiccup.

Simple remedies for the cure of hiccups of benign origin:

2. Pull your knees up to chest and lean forward

4. Drink a glass of ice-cold water

6. Avoid emotional stress and think of something pleasant

7. Relax and repeat in ten minutes.

In this article, there is a selection of questions and answers concerning fatigue and weakness. These questions were asked and answered in interviews I have given to Greek newspapers (ΒΗΜΑ, ΠΑΡΟΝ, ΚΑΘΗΜΕΡΙΝΗ etc) and TV stations (ALPHA,  SKY,  etc).

1. What is chronic fatigue syndrome?

This syndrome consists of severe fatigue symptoms lasting more than six months. This fatigue affects both physical and mental functioning.

2. How is chronic fatigue distinguished from common weakness?

Chronic fatigue is persistent or relapsing whereas common weakness lasts for less than a week. Simple measures, such as sleep and healthy diet, are often sufficient, in case of common weakness.

The chronic fatigue syndrome could be associated with the following:

• Drugs such as benzodiazepines

For idiopathic syndromes, no specific cause can be found.

If four or more of the following criteria are present for more than six months, the syndrome is called idiopathic chronic fatigue syndrome:

• Impaired memory or concentration unrelated to drugs or alcohol use

• Sore throat not caused by infection

4. What is the treatment?

Patients with secondary chronic fatigue syndrome have a secondary correctable or specifically treatable cause. Special treatment is the cornerstone of therapy.

This article is intended for a limited readership of healthcare professionals and practitioners.
Efforts to suppress the spread of the 2009 H1N1influenza strand have been mostly centered on massive vaccination regimes, involving the general population. These practices encouraged by WHO, have however found limited public response. The clinical experience gained from two consecutive winter seasons in the Southern (mainly Australia) and the Northern hemisphere right after the rapid outbreak of 2009, which were expected to favor the worldwide spread of the disease, have so far supported the aforementioned reluctance of the public. Although the publicity gained by the media may be partially blamed for the hasty mass vaccination decision, the lack of accumulated solid scientific knowledge and experience seems to be the main reason why the medical community under the burden of the wide spread fear for possible repercussions, resorted in this solution.
Influenza vaccines are frequently ineffective. At present, this is a major obstacle to an effective practical immunization procedure and one of the reasons why influenza vaccination traditionally is offered only to high-risk populations. Even traditional influenza vaccination policy, that in most developed countries attempts to reduce the mortality of persons over 65 years of age, is under dispute (SIMONSEN AND AL LANCET INFECT DIS. Oct 7(10), 2007, 658-66).
Furthermore, despite the fact that many people have been admitted to ICUS or died of H1N1 all over the world, the proportion of deaths from H1N1 does not differ from this of classic seasonal influenza, as becomes obvious in countries where the winter epidemic stroke has been sufficiently studied (figure 1), and in daily clinical practice. In clinical trials, concerning the profile of seriously ill patients, these in general, had at least one underlying medical problem including asthma, diabetes, heart/lung/ neurologic disease, obesity (mean BMI greater than 30) pregnancy (70-93%), or there was a long interval from onset of symptoms to treatment with antiviral therapy (48 hours, or longer). 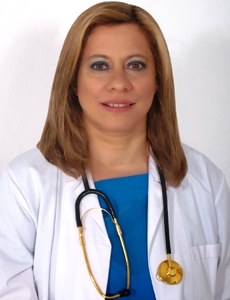